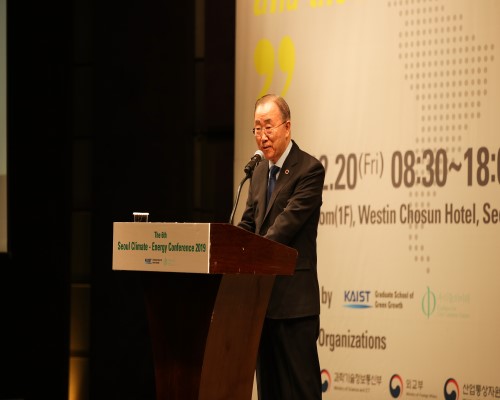 On December 20, Chairman Ban Ki-moon attended as the main speaker at The 6th Seoul Climate-Energy Conference co-sponsored by KAIST Graduate School of Green Growth and Coalition for Our Common Future.

Seoul Climate-Energy Conference initiated at 2014 and since then leaders from academic and industrial governments, international organizations, and civil society gathered annually and had an in-depth debate for a sustainable future society transformation.

The main objective of the Conference was: 1) to discuss about the Role of Education and Innovation on Energy Big Data under the topic of ‘New Climate Regime and the New Normal’, 2) to inspect on the system and policy of Climate Change Correspondence Governance, 3) to seek for implementation on Low-carbon Green Growth and Sustainable Development Goal under the venture into the new climate regime.

Although Chairman Ban Ki-moon expressed a sense of frustration on the 2019 UN Climate Change Conference (COP25) held in Madrid for not having a great achievement, he made a positive affirmation that “we must arm ourselves with positive confidence that we must and will solve this problem, keeping out any negative pessimism.” He also hoped for great results at next year’s 2020 UN Climate Change Conference (COP 26) which will be held in Italy.

Chairman Ban Ki-moon stressed the importance of transnational cooperation when it comes to coping with climate change which is a global problem. While upbringing the idea of Multilateralism, he noted that “National sovereignty should pursue ‘responsible sovereignty’ where a nation protects its citizens rather than its exclusive interest.”, and pointed out that “It is also a sovereign obligation to engage in transnational cooperation against a global common like climate change.”

He also emphasized the importance of producing outstanding talents and education. He referred to Italy’s mandatory climate change education since Elementary School and insisted that Korea should follow Italy’s education model.

Chairman Ban Ki-moon quoted John F. Kennedy’s saying “We choose to go to the Moon in this decade, not because it is easy, but because it is hard” and asserted that “Solving climate change is not easy at all. But it must be done for our sustainable future and our future generations.  And if united, we can do that.” 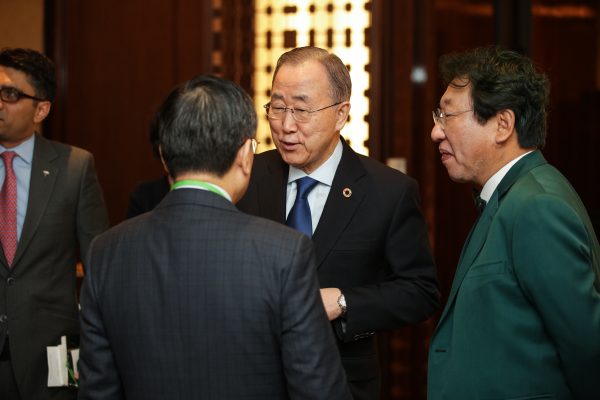 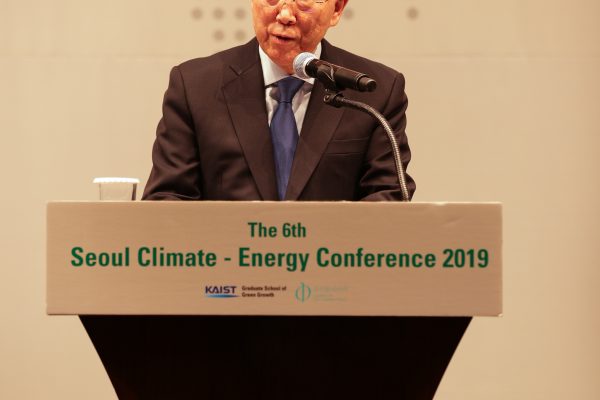 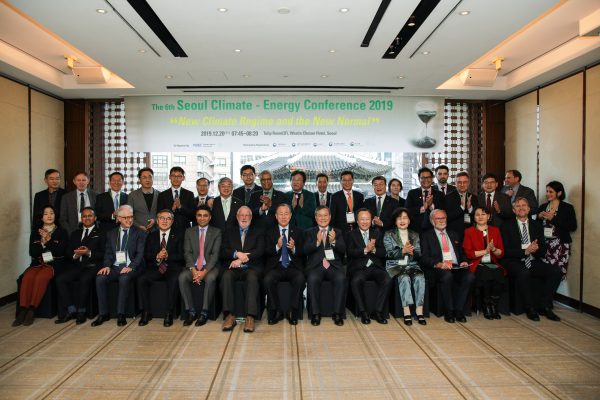 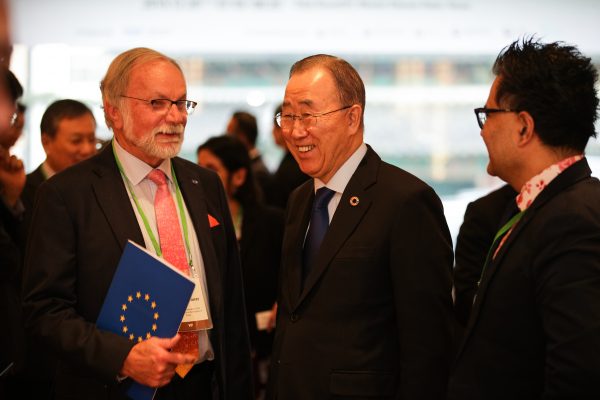 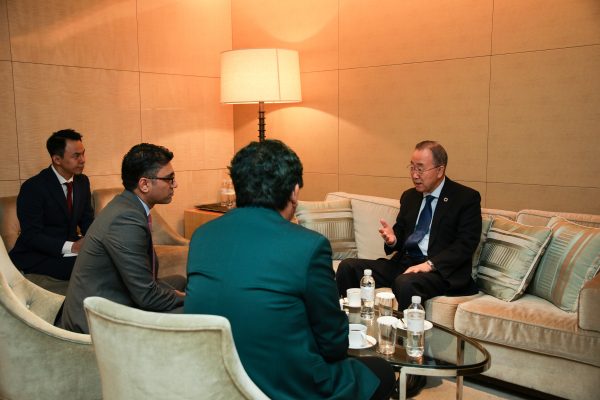