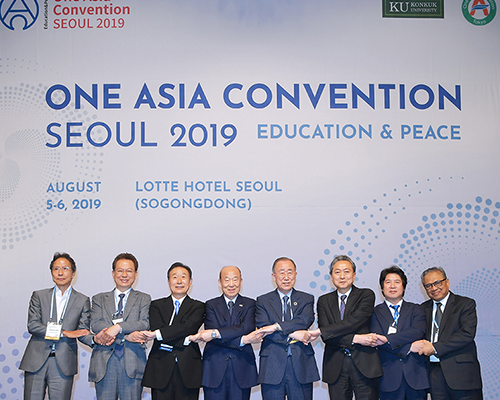 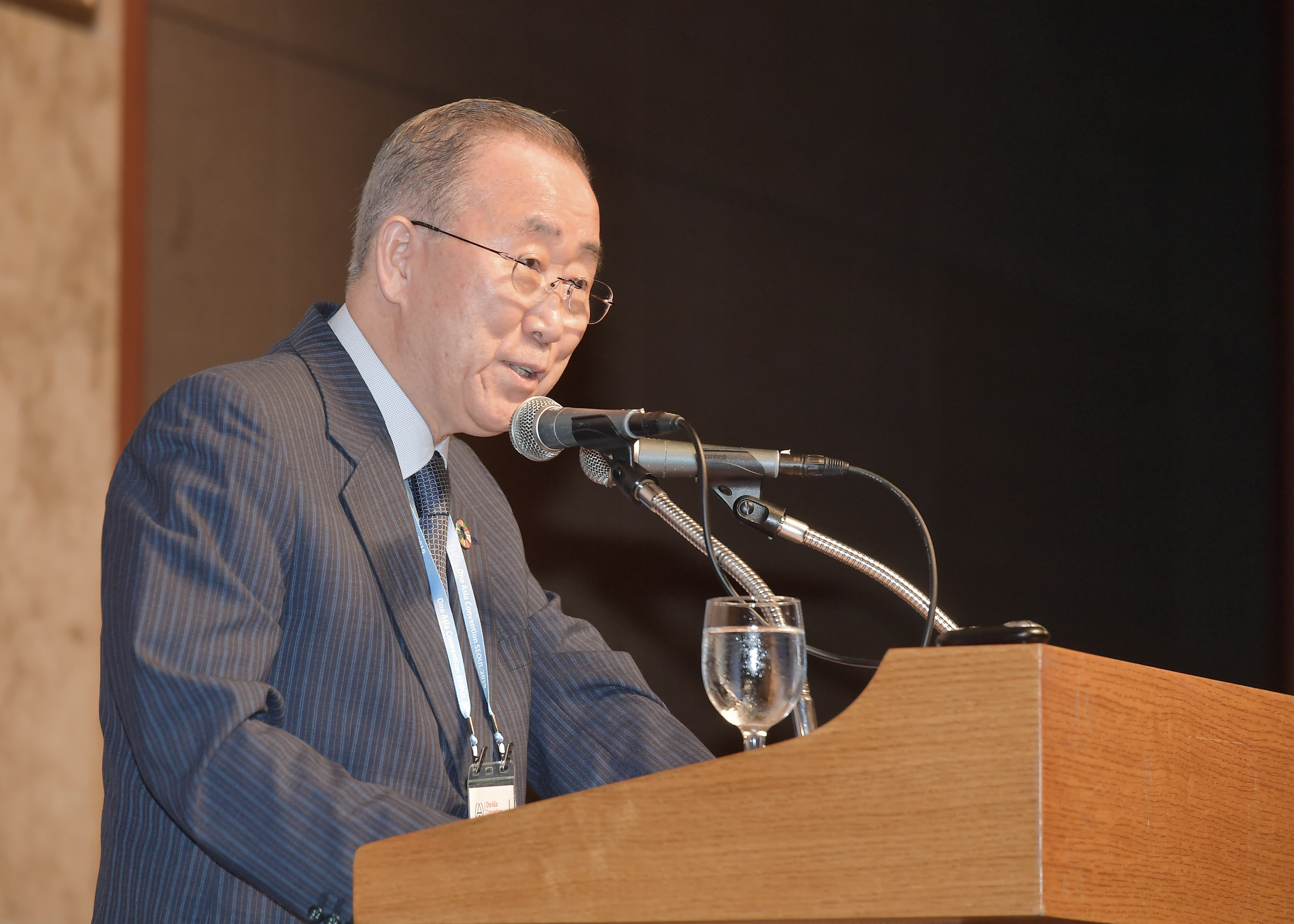 On August 5th, One Asia Convention Seoul 2019, organized by Konkuk University took place at Lotte Hotel Seoul. 650 scholars and students from 325 universities worldwide were present. The theme of this event was “Education and Peace” where the participants had active discussions about the role of education in promoting peace. Chairman Ban Ki-moon stressed the importance of education; expert training in accelerating towards “sustainability, tolerance, and peace where action towards conflict prevention and revolution is required.”

Within the context of conflict prevention, Ban re-addressed this issue during his keynote speech. He expressed his concern about the ongoing global conflict. However, he reinterpreted this problem by stating that ‘conflicts are found worldwide, and we need to prevent them in a concrete manner since these issues are beyond the concerns of the public or Asian population.”

He also commented on the recent Korea-Japan relations by stating that “Korea and Japan have shown outstanding commitments towards not only the UN’s values and promotion of Sustainable Development Goals and Peace, but also the continued diplomatic ties. Thus, I hope that the two countries will untie the current conflict through diplomatic negotiations.”