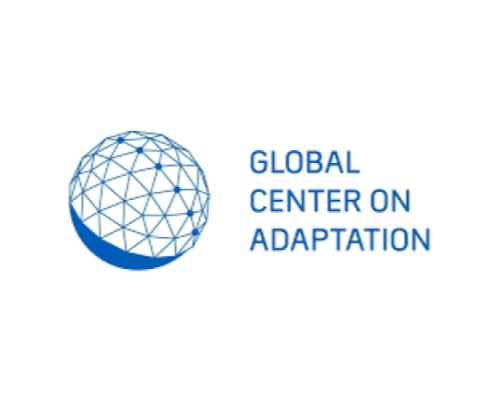 On September 8th 2020, an article was released on bdnews24.com regarding the virtual forum organized by the Global Center on Adaptation. Chairman Ban Ki-moon was invited to speak at this forum regarding the efforts required to mitigate the effects of climate change and natural disasters.

During his speech Chairman Ban urged for a different response to climate change. “There also has to be a revolution in the way we actually plan our cities, our infrastructure and our private investments. Climate change must be central to this, with every decision reflecting climate needs and realities.” He said.

In addition Chairman Ban spoke on Adaptation. “Adaptation is just one word, but it encompasses so much: it means planting drought-resistant crops and trees along riverbanks; restoring mangrove forests – which globally already prevent more than $80 billion in damages and protect 18 million people from coastal flooding.“ He stated.

Lastly, to conclude his speech Chairman Ban called to all the leaders across the world to act on climate change. “We need to, and can, equip people to deal with the changes that are already with us.” He then reiterated the pressing need for international cooperation across nations.

“Countries can learn from successes around the world and support each other. It’s only by pulling together that we will emerge stronger and more resilient. There is no time to waste. Because while the rest of the world debates climate change, for South Asia, adapting to a warmer, more violent, less predictable climate is a matter of absolute survival.” He stated.

It is my pleasure to join you today. I would like to thank Prime Minister Sheikh Hasina for kindly hosting this event and thank you for the opportunity to speak to you today.

The launch of the Global Center on Adaptation regional office for South Asia in Bangladesh is the start of a new era at a critical time. The pandemic has shown us, as individuals and communities that we have a choice in how we respond to global threats. For the greater good we can accept restrictions on how we live or we can respond selfishly, seeking only what is right for us, rather than the collective good of humanity.

These choices will continue to be important once Covid-19 is tamed. Because what should be clear is that other threats, most notably our ongoing climate emergency, have not gone away during the pandemic.

Pope Francis, praying in a deserted St. Peter Square in March of this this year said:”nor did we listen to the cry of the poor or of our ailing planet. We carried on regardless, thinking we would stay healthy in a world that was sick.”

As governments prepare to deal with the economic fallout from Covid-19, I urge them to put climate adaptation at the heart of their recovery plans. To do anything less would be to succumb to a crisis that will eventually have far more devastating consequences for humanity than Covid-19.

Almost five years since the Paris Agreement was adopted and action to combat climate change remains insufficient in both scale and pace.

The evidence for this is clear: The World Meteorological Organization noted that 2018 was the 4th warmest year on record, and that the 20 warmest years have all occurred in the past 22; – And the UN Environment Emissions Gap Report notes that current climate targets are insufficient to keep global temperatures in line with the goals of the Paris Agreement, and would lead to global warming of about 3°C by 2100.

Allow me to be very blunt: Dhaka, and many more cities like it, may simply cease to exist in a 3-degree world.

The 2018 report from the Intergovernmental Panel on Climate Change, stresses that the difference between keeping global temperatures at 1.5 versus reaching 2 degrees would have massive impacts, including increased incidence of drought, forest fires, floods, and storms. Extreme weather events, as you all well know, are already becoming the norm, not the exception.

The melting of glaciers in the Himalaya, the Karakoram, and the Hindu Kush will impact the lives of millions of people across Pakistan, India, Bhutan, Bangladesh and beyond. Erratic weather patterns, including increased droughts will harm agriculture, not least in Afghanistan but also in Nepal and Sri Lanka.

According to the IPCC, if sea levels were to rise by just one metre, 17 per cent of Bangladesh would be underwater by 2050. It is an existential threat to nations like the Maldives.

If this is just in a 2-degree world, what then of three? Or four?

While our primary goal must always be to rein in greenhouse gas emissions and find a sustainable solution to climate change, we cannot ignore the fact that decades of inaction and indifference have left far too many already exposed and vulnerable. But the good news is all over the world countries are rising to this challenge and doing everything they can within their power to protect their citizens. But we need greater collaboration.

The climate emergency is an all-of-society problem, affecting everyone on the planet, and must be dealt with through an all-of-society approach, with collaboration between governments, from the private sector and from partners.

Because the truth is that the world needs a complete pivot and an overhaul in how we do development.

There has to be a revolution in the way we perceive climate risk, how we price that risk and how we make it visible.

There also has to be a revolution in the way we actually plan our cities, our infrastructure and our private investments. Climate change must be central to this, with every decision reflecting climate needs and realities.

And the same applies for adaptation.

Adaptation is just one word, but it encompasses so much: it means planting drought-resistant crops and trees along riverbanks; restoring mangrove forests – which globally already prevent more than $80 billion in damages and protect 18 million people from coastal flooding.

Adaptation means reacting to reduce the deadly impacts of rising temperatures. In 2010 a heatwave in India killed more than 1,300 people in Ahmedabad. An action plan was set up to train health workers, to distribute water, to paint roofs white to reflect the heat. A similar heatwave in 2015 claimed just seven lives. Since then, 30 other Indian cities have adopted the same plan.

Adaptation is conserving water and stabilizing soil, upgrading and flood-proofing rural roads. The results can be measured not just in the property and livelihoods protected, but in the number of lives that are saved.

Cyclones are a fact of life in Bangladesh and across South Asia. Death tolls have historically been heavy. Yet when extremely severe cyclone Amphan hit this year there were less than a hundred deaths across India and Bangladesh. Any death is hugely regrettable and we send our sincere condolences and sympathies to the families of those who lost their lives.

But we must also be grateful that, thanks to more accurate weather forecasting, community-based early-warning systems and stronger shelters, 2.4 million people were moved to safety before it struck. And in a matter of days, Bangladesh prepared almost 10,500 additional shelters, on top of the 4,000 already in existence to accommodate those being evacuated with a measure of social distancing.

The country’s early warning systems and well-rehearsed evacuation drills have saved hundreds and thousands of lives over the years.Bangladesh is a striking example of how vulnerable communities can be the most innovative in adaptation to climate change.

Programs like the planting of 10 million trees this year, to mark the 100 th birth anniversary of Bangabandhu Sheikh Mujibur Rahman, father of the nation, are a testament to your commitment to protecting the environment.

South-south, north-south, south-north – we can only adapt to our new climate reality by working together.

Because if we do not, I believe we are at risk of climate apartheid, where the wealthy pay to escape the heat, hunger and conflict and the rest of the world is left to suffer. We need to, and can, equip people to deal with the changes that are already with us.

Across the world, COVID-19 is adding a huge strain to governments.

At this time international collaboration is vital. Countries can learn from successes around the world and support each other. It’s only by pulling together that we will emerge stronger and more resilient. There is no time to waste. Because while the rest of the world debates climate change, for South Asia, adapting to a warmer, more violent, less predictable climate is a matter of absolute survival.