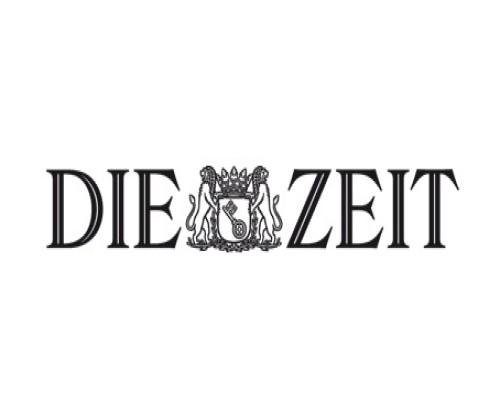 Chairman Ban Ki-moon’s op-ed was published on the German press ‘Die Zeit’. July 17th marked the beginning of the 2020 European Council. Chairman Ban urged the prominent role of Germany to lead the European Union towards climate justice, during its Presidency of the Council of the EU.

“All Member States of the European Union have to be more ambitious to meet the commitments of the Paris Climate Agreement,” the Chairman said. To achieve the goal of carbon neutrality by 2050, milestones must be agreed upon. National plans need to be consistent with the European Green Deal and fund allocation after the European Council meeting must be in line with the values of climate protection, biodiversity and fossil fuel elimination. Just like how Germany drove EIB(European Investment Bank) funds away from fossil fuel investments in 2019, Chairman Ban was certain that Germany will play the leading role again in the upcoming summit meeting.

“Covid-19 has shown us how vulnerable our connected world is,” he said. The pandemic has shown that global challenges cannot be mastered alone, and thus multilateral response is required. And such multilateral implements shall be practiced under the heading of climate justice.

2020 is and will be a historical year, not only because of the crises from the beginning of the year, but also because it is the anniversary year of many promising international events. It is the 75th year of the end of WWII, 50 years since the first Earth Day, and the 30th anniversary of German Reunification in 1990. “I firmly believe that a similar spirit is possible in Germany today that can produce ambitious solutions to preserve our climate and our planet for future generations,” encouraged Chairman Ban.

Below is the English translation of the original article:

“I very much hope that Germany will lead the way again”

Chancellor Merkel has announced that climate will be on top of the agenda during the German EU Council Presidency – now she has to act upon it. Requirements for a climate-friendly development program

A guest contribution by Ban Ki-moon

Ban Ki-moon was Secretary General of the United Nations from 2007 to 2016 and is now Vice Chairman of The Elders Group , an independent association of former statesmen and women who advocate for peace, justice and human rights. The Elders was founded in 2007 by Nelson Mandela. In this text Ban calls on Germany to pursue a committed climate policy during its EU presidency.

Whether it’s record temperatures in the Arctic Circle or torrential rain in Japan, the climate crisis threatens our natural resources, even if global attention is currently largely being absorbed by the Covid 19 pandemic.

We need pioneers to tackle both existential threats. Germany plays an important role in shaping a common European response. I therefore very much welcome the fact that Angela Merkel has announced to the European Parliament that climate change will be a high priority during the German EU Presidency by the end of 2020. Words must now become action.

Covid-19 has shown the world how important precautionary measures, scientific advice and a coordinated response across politics, businesses and civil society are in such a crisis. Germany’s previous handling of the health crisis has been impressive. The coming weeks and months will show whether Germany also shows leadership in climate policy.

Use EU construction funds for the climate

All Member States of the European Union have to be more ambitious to meet the commitments of the Paris Climate Agreement. This is the only way to keep the global temperature rise below the 1.5 ° C mark that the IPCC identified as critical in 2018.

Climate emergency – “If things go on like this, the world will be on fire”

The first test is the upcoming special meeting of the European Council, which starts today. There, the member states advise on the EU budget for 2021 to 2027 – and on a European development fund. Germany is committed to implementing the EU development fund through existing structures that enable economic policy coordination among the member states. I welcome that initiative because if the financial and reform plans of all member states are examined and coordinated, the macroeconomic analysis can be expanded to include factors such as the climate. National energy and climate plans can also further improve the analysis to enable sustainable reconstruction in line with the European Green Deal .

To achieve the goal of climate neutrality by 2050 , milestones must be agreed upon along the way. The European Council should therefore take the opportunity to increase the EU’s contribution to climate protection as defined in the Paris Agreement to 55 percent less CO2 by 2030 compared to 1990. This means a final departure from the current economic model – including the end of national and international fossil fuel promotion and funding.

In 2019, it was largely thanks to Germany’s role that the European Investment Bank EIB ruled out future investments in fossil fuels. Today, in 2020, when the world is struggling with the aftermath of the pandemic, I very much hope that Germany will lead the way again: so that the investments in the planned EU reconstruction fund can help advance climate protection and restore the planet’s natural resources. Climate neutrality, protection of biodiversity and the exclusion of fossil fuels should therefore be mandatory criteria for the allocation of funds.

Only with cooperation and transparency

Covid-19 has shown us how vulnerable our connected world is. No country can face dangers alone that do not know national borders – no matter how large, significant or technologically advanced. Such global challenges can only be mastered through international cooperation and transparency. This also applies to the climate crisis.

Therefore, multilateral instruments and processes such as the Paris Climate Agreement and the UN Sustainable Development Goals must be implemented under the heading of climate justice. Because those countries and peoples that contribute the least to global warming pay the highest price: rising temperatures and sea levels make their home uninhabitable and destroy their livelihoods, such as fishing, agriculture or indigenous traditions.

The year of anniversaries

2020 will be a memorable year in human history – for reasons that would have been unthinkable at the beginning of the year. But it is also a year with important anniversaries on which governments in Germany, Europe and the rest of the world should orient themselves:

I firmly believe that a similar spirit is possible in Germany today that can produce ambitious solutions to preserve our climate and our planet for future generations.