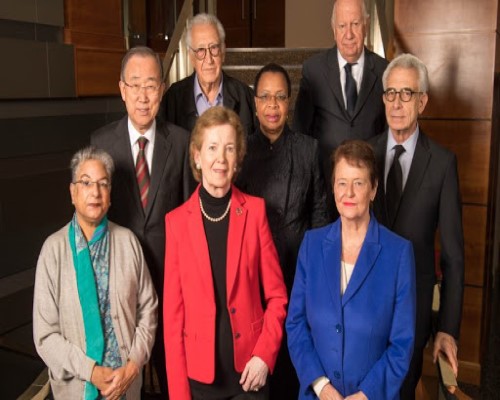 On July 3rd, The Elders, a group of former world leaders, urged the European leaders to adhere to their stance on Israel’s West Bank annexation plan. As the Chair of The Elders, Chairman Ban Ki-moon participated in this statement.

Although the Israeli Prime Minister Benjamin Netanyahu asserted that the annexation begin on the 1st of July, Israel made no move on that day to take over the territory. However The Elders still warned the leaders of Germany, France, UK and EU against complacency, saying that the annexation of any part of the West Bank would constitute a ‘flagrant breach of international law.’

The annexation is “fundamentally contrary to the long term interests of both the Israeli and the Palestinian peoples,” said The Elders. They reiterated their continued support for human rights defenders and civil society activists in Israel and Palestine and encouraged their voices to be protected and heightened in this challenging time.